Over the years I have written ten published books, and here they are 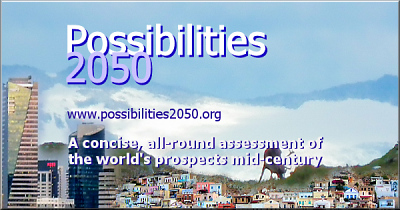 Possibilities 2050
an all-round assessment of

Published online as a website and in PDF format - available free
www.possibilities2050.org

This is a concise report looking at the factors likely to influence the situation the world is in around 2050. It covers many different areas including demographics, economics, international relations, society, politics and power, ecosystems, climate, technology, health, disasters and more. Written for people who feel this question is so big that they cannot get their heads around it - and it is in readable language and style. A good overview of the whole big picture, for thinking people who need to know this information but do not have time or space to work their way through it themselves. 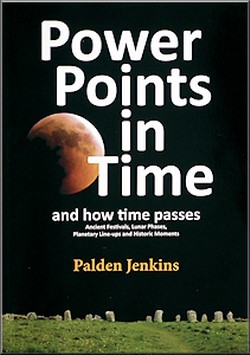 Power Points in Time concerns those high-points in life where things come to a head, major decisions are made or defining events take place which have a way of setting the course of life - either in the days, weeks and months to come or over longer periods of time. It's a book about timecycles and how they work, and the interaction of ticktock time with evolutionary time. Starting from the beginning, it initiates the reader into an understanding of the astrology of timecycles so that you can watch and engage constructively in working with temporal power points yourself. Twenty-five years ago this book was very popular with nature-lovers, people-watchers, thoughtful people and those who recognise the spirit and intelligence within nature, and who seek insight into the meaning of our times. 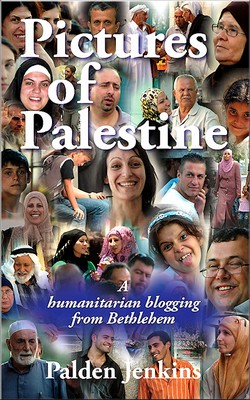 Pictures of Palestine
A humanitarian blogging from Bethlehem
Coherent Visions, 2012.

This is the story of my experiences and escapades in Palestine, derived from the blog I wrote during a three-month visit in 2009. It tells what happened and what I went through, stories of the characters I met and was involved with, and it outlines the situation the Palestinians are in, from their viewpoint. It reads somewhat like a travelogue, containing many pictures of life and situations in the West Bank.

Focusing particularly on my life and work in Bethlehem and at the Hope Flowers School, it also ranges round the West Bank, covering experiences in Hebron, Ramallah, Jerusalem and other places. The Israel-Palestine conflict has been long and complex, and the book offers a simplified overview of its history and how Palestinians see it. It explains many confusing aspects of the conflict too, about settlers, the separation wall and the Israeli occupation of Palestine.

But it is primarily an easily-read story of events and situations encountered on a daily basis. A full website accompanies the book here, as well as a short movie on YouTube.

If you have been aware of Palestine throughout your life, but you've never really understood what the conflict is really about, this book will enlighten you, as well as proving to be an interesting read in its own right.

Healing the Hurts of Nations

- the human side of globalisation
Published by Gothic Image, 2003. Buy it online from here.

Healing the Hurts of Nations I wrote in the aftermath of 9/11 and the buildup to the Iraq war. It concerns the deeper aspect of international relations and the unconscious behaviour of nations and peoples, affected as they are by historical factors and the pain of peoples, sometimes from long in the past. To illustrate this, the book covers the histories of four nations: Iraq, the former Yugoslavia, Afghanistan and Britain.

The underlying theme of the book is that, in order to resolve global-scale issues of our day, we need bravely to look at the underlying issues which cause us to believe that nations and peoples and their interests are more important than global interests. This is vital because addressing the issues of the 21st Century involves cooperation and a loss of sovereignty which affects both our real lives and our national prejudices and judgements.

These prejudices and judgements often conceal aspects of a nation's or people's own lives and realities which they don't want to look at. So they project outwards on other people and cultures, and here lie the roots of the causes of war, nationalism, racism and the cultural and religious frictions of our time. Yet, to resolve such issues as climate, resource shortage, population and conflict, such social and psychological issues must also be resolved. This also concerns the essential happiness of societies within nations, and conflicts between social subgroups.

The book thus looks at collective identity and the fears, guilt and shame of nations and peoples. It also looks at what needs to be done about them - a truth process which involves owning up to current facts, unresolved historical shadows and public dishonesties in every nation.

The book is still available from Gothic Image of Glastonbury. There is also a free online abridged version available here on this site.
I intend to revise or rewrite this book sometime in the future. 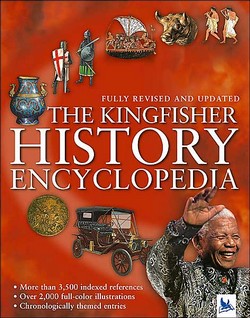 The Kingfisher Illustrated
History of the World
Kingfisher Books, 1999. Available secondhand in print

In the late 1990s I was commissioned to write the text of The Kingfisher History of the World. It was a profusely illustrated book for teenagers, in which every major period and culture of world history was covered in a double-page spread. It won a Smithsonian award in 2000 - the reason being, I think, that the book looked at real historical trends and significances, covering the lives of ordinary people, not kings and magnates, with less emphasis on battles and governmental acts and more emphasis on the meaning of the times and the contribution of each culture and period.

In some respects it is more demanding to summarise a historical period in 600 words than in 3,000: the essentials much be featured, and in as succinct and information-rich a style as possible. It was hard work, but I enjoyed scripting this book. 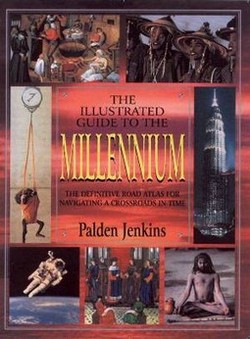 The Illustrated Guide to the Millennium
Written in 1996-7. Available online on this site.

This book was commissioned, mostly written, and never published. A shame, because it was a good book. Richly illustrated and large-format, with a chapter on each double-page spread, it was commissioned in 1996 when it looked as if the Millennium might be an important marker-point in history, though publication was delayed and the book eventually cancelled.

It examined millennarianism - the belief in an apocalypse or a breakthrough - and a history of the last millennium, together with a futurological look at the coming millennium, and particularly the 21st century. As it happened, the Millennium was not quite as portentous as it was expected by some to be, so perhaps the decision not to publish was right - though I just wish they'd told me before I did the work on it!

This book was never published - though it was the precursor to Healing the Hurts of Nations. It covers the psychological nature of nations, peoples and collectivities, their neuroses, complexes and projections, all of which influence international relations. This is a crucial matter since surviving the 21st Century demands cooperation between nations.

This in itself requires national self-examination in each nation followed by enough forgiveness and resolution of the past and its conflicts for nations and peoples to cooperate sufficiently on a global scale to deal with essentially global issues.

Here the proposal is made that conflict and national rivalries on the world stage arise from an emotional insecurity within each nation, which undermines national soul and purpose, leading to irreconcilable differences between nations too, as a result of projection of those insecurities on other nations. 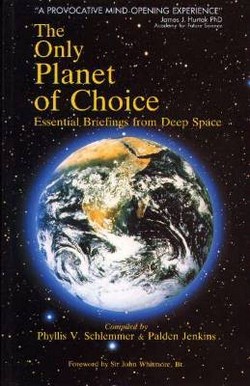 The Only Planet of Choice
Essential Briefings from Deep Space
Phyllis Schlemmer and Palden Jenkins
Gateway Books, 1993. First edition.
Three editions: first (mine) and second are out of print and third currently in print

In 1991 I was approached to compile a book distilled from the transcripts of twenty years of psychic communication work with some non-earthly cosmic beings called the Council of Nine. The group who had received these communications comprised some quite well-known and accomplished people, including the former racing driver Sir John Whitmore, Olympic runner David Hemery, scientist Andrija Puharich, psychic performer Uri Geller, Startrek filmmaker Gene Roddenbery and others such as biologist Lyall Watson and EST founder Werner Erhard. The communications were 'transceived' by Phyllis Schlemmer, a deep-trance medium.

The Nine were, you could say, a high-level part of the universe's management structure. Though 'channelling' receives bad press and scepticism, not without reason, the content of these communications was impressive, broad and rich in valuable and informative material.

What I liked about them was that the Nine did not seek followers or converts, and the communications were valuable to intelligent people of any belief-system or viewpoint. They weren't 'fluffy' at all, covering geopolitics, history, cosmology, psychology, the origins of life and of humanity and the existence of other civilisations across the universe. Some of the ideas propounded in Startrek, such as the 'prime directive', came from the Nine.

It was an honour to compile this book, hard work, and it had a big effect on me, helping me understand my own 'spiritual genetics' too. It actually started me off in my current work in the Middle East. It was greatly respected by people interested in this field. It has appeared in two subsequent editions, one compiled by Mary Bennett, and the other more recently derived from both earlier editions. The first edition is now available only through secondhand book sources and the most recent edition is available here.

To see a review and some quotations from the book, click here. 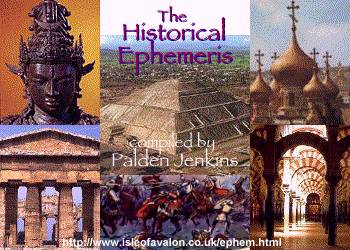 The Historical Ephemeris
1992. Available free online on this site.

This was the result of many years' research into longterm astrological cycles. It was published in a limited edition printed format in 1992, then to be re-published online in 1998. This work definitively proves a relationship between significant trends and events in history and planetary movements and configurations.

It is of limited appeal, partially because historians have an ideological dislike for the idea that there can be evolutionary cycles in history, and partially because astrologers' historical knowledge can be poor and selective. But for those who research these things it has been and remains an important source work.

The Historical Ephemeris tracks the motions and cycles of relationship of Uranus, Neptune and Pluto, with those of Jupiter and Saturn added as faster-moving qualifiers of the nature of the times. But what is most remarkable is the observable correlation between historical and astrological events which is demonstrated in the ephemeris.

The Ephemeris contains notes on groundrules for the study of astro-historical cycles together with extensive timeline tables, which present the observable facts. It also contains charts of all outer-planet configurations and tables of the motions of Uranus, Neptune and Pluto over a period of 2,800 years. 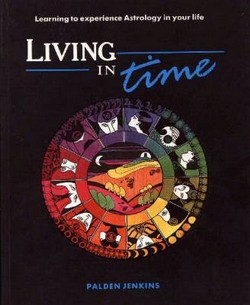 My first published book (I wrote three more beforehand which were never published), this book covered astrological cycles and the understanding of the nature of Time. It was of particular value to nature-lovers, pagans and people interested in understanding time and particularly what I called in the book 'power points in time' - times when sun, moon and planets form into configurations and patterns to make for momentous times both short-term (such as strong fullmoons) and longer-term (periods of potency when historic shifts can occur).

The book explained all of these and the workings of the signs, planets and aspects as they evolve through time, giving examples from the period of the 1970s and 1980s. It has remained a classic work, still very relevant today.

A completely new, updated and revised edition of Living in Time was published in 2014 by Penwith Press and re-titled Power Points in Time.