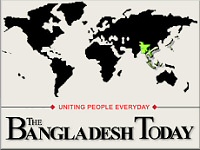 Legitimacy
One of six articles for The Bangladesh Today
November 2007

Legitimacy is one of the emergent big issues of our time. In business, it is called ‘confidence’. Although ‘legitimacy’ usually means legality and conformity with existing standards or tradition, the modern term has deeper and wider implications. It pertains to all people in positions of power, in governmental, corporate, social, NGO, international, cultural and religious arenas.

Nowadays, legitimacy is based increasingly on merit and results: an office-holder is widely accepted to be a deserving, competent, representative and supportable holder of power – or not, as the case may be – on the basis of what they do.

On occasions, currents of public feeling can even bestow legitimacy, thus power, on people out of office, who act as a lightning-rod for public trust and confidence – Lech Walesa of Poland and Nelson Mandela of South Africa experienced this, both outsiders who became presidents.

The conferral of legitimacy arises from popular perception and the power of events and circumstance. The key issue is how well those in positions of responsibility handle events, especially during defining moments. Their capacity to unite people is also crucial – not by carrots and sticks but by earning support. They’re accountable to the judgement of history, to mysterious shifts of human discernment and the constraints of facts and events beyond their control.

This sheds light on what imperial Chinese called the ‘Mandate of Heaven’. Chinese tradition saw the emperor as a middleman between the Ways of Heaven (or the Will of God) and the fortunes of the land and people. Confucius advised that, if the emperor no longer served the Mandate of Heaven, he should be obliged to change or be deposed. Heaven and Earth need to be in harmony and, without such resonance, disaster strikes – heaven, people or evolving facts force the necessary adjustments, and emperors become paper tigers.

This isn’t yet another incantation of the virtues of democracy or the need for all countries slavishly to adopt it. The world’s ‘mature democracies’ suffer problems of legitimacy too. Voters elect governments for strange reasons, including self-interest, short-termism, gullibility and clannish allegiances, with only periodic bursts of popular clarity or wisdom.

Once a government enters office, it receives a quiet lecture about what it may or may not do, from the mandarins working for the powers that be. In truth, democratic nations’ evangelic claims about the rightness of democracy often conceal or betray its very weakness: it is a neat way of disguising where power really lies.

Many people in democratic countries know by experience that elections don’t change much, but they keep on getting psyched up for the next election, continuing to hope the next government will be different. It rarely is, and short memories bury the deeper lesson to be learned from this.

Jimmy Carter, now an elder, recently said that he had achieved far more as an ex-president than when he was in office. This says something about the nature of power, influence and legitimacy.

Nevertheless, democracy theoretically enshrines two important principles. First, when people need to express a view, their voice needs to be heard. Second, when the power-structure is perceived fundamentally to fail the needs of the people or the challenges of events, people need to be able to influence or change that power-structure. As Confucius advised.

Even here, democracies fail. In my own country, Britain, the biggest popular demonstrations in our history opposed invading Iraq in 2003. Not only did the government disagree with and ignore the message but also, later, the people voted to return that government to power. This was largely because the other party had a worse reputation and wasn’t a credible alternative. But is this democracy working well?

So we arrive at a key issue. In the end, it doesn’t really matter what power system exists in a country. What matters is the approach taken by those in power, their heart, their capacity to read the signals and interpret the spirit of the time.

How good are their decisions and how much do they serve the nation? Nowadays this embraces the natural environment and wider world too. It’s a tall order, but it’s still what’s needed. The nub of the matter is motivation and integrity.

Legitimacy is strange, undefined, evasive and immeasurable. Largely perceptual, it feeds mysteriously on events handled and actions taken. It is intimately connected with the inherent sub-stratum of healthy, creative vibrancy in any society.

When a society is unwell, everyone knows it, somewhere in their being, even when it is unarticulated. Things just don’t work out right, and a society becomes susceptible to challenge and duress.

Here we come to the Ways of Heaven and the Will of God. A nation or people could be looked on as a psychological entity and, like an individual, its psyche is made up of a number of sub-personalities, each with their natures, preferences, issues and conflicts.

These sub-personalities sometimes cooperate, sometimes accommodate and sometimes clash, pulling a nation this way or that. The nation’s ego, its power structure, tries to train and control the nation’s disparate elements. The salient question is whether the nation’s ego gets things sufficiently right.

Nations have a conscious mind: what they believe to be true about themselves, their reality and their country. It is a nation’s icons, official culture, capital and institutions. They also have an unconscious psyche: the hidden dreams, horrors and unconscious behaviour, the stuff that a nation doesn’t see, or want to see, about itself – its shanty-towns, brothels, waste tips, squalors and corruptions. All nations have their own unique varieties!

If pent-up unconscious feelings grow in potency and charge, especially as a result of social denial and repression, and if a society harbours many dishonesties and injustices, it renders itself vulnerable to challenge by the force of events. If a nation is relatively disunited, dysfunctional and ineffective, such challenges can rudely expose its unspoken agendas, rifts, ghosts, devils, obsolescences, imbalances and inadequacies.

These challenges are, in a sense, utterances of the ‘will of God’. It’s not that God seeks to punish us for our badnesses. It’s more that the universe seeks balance, and if things are out of balance, then events will expose this and pose the option of correction.

Correction increases social trust, support, integrity, mutuality and transparency, helping redress rampant injustices and remove glitches. This is how the Mandate of Heaven restores itself. Human choices and actions are involved at all levels of society.

This is a sensitive matter in the 21st Century, because the world is slipping into crisis, not only from climate change and oil-dependency, the two current heavyweights, but from many other problems we all know about. This is becoming less national-scale and increasingly global: Cyclone Sidr hit Bangladesh specifically, though it highlighted a global issue, climate change. It wasn’t only Bangladesh’s problem.

The capacity of nations to play their part in the international community, and the world’s capacity to respond effectively to events and crises, is now a more critical issue than ever before. Crucial here is each nation’s domestic capacity to handle its own part in the global equation. International agreements are fine, but it’s people themselves who deal with the outcomes.

And to resolve global issues, each nation needs to get its people behind its power-structure. And power-structures can do this by developing their legitimacy. Legitimacy comes under test during acute crises, and such crises are growing in number and intensity. We return to the Mandate of Heaven. The Great and The Small, as the Chinese called it, need to work together.

Here lies an even deeper question, about the social and cultural integrity of a nation or people. People can, to an extent, work around problems deriving from their power-structures, and where the people lead with clarity and resolve, the leaders do follow.

Legitimacy cannot be controlled with troops, propaganda, patronage, bribery or fortune. It has to be earned. Few people expect perfection, but there are standards of public integrity, truth, self-correction and service which all organisations must develop to meet coming times. Otherwise corrective events come to pass.

Their wildfire effect can be rapid and widespread, exposing strings of interrelated weaknesses. Hurricanes and floods in Central America can create an insurance crisis in Hong Kong, and air pollution from the Iraq war fell on the fields of Bangladesh and has duly been eaten by its people.

We live in turbulent and unstable times. Power-structures work when they respond well to changing circumstances and truly play their part in that organism called a nation. But when limited and vested interests, or rigidity, tradition, ideology or denial predominate, it’s not going to be easy. The agenda is fundamentally changing, by necessity, and the narrative of past decades and generations is turning inside out.

The fortunes of nations are increasingly determined by all nations together, whether by shared decision or failure to decide. The legitimacy of elites around the world is tied to this, in nations, regions and localities large and small. We are all too much affected by each other. We cannot progress significantly until we all sufficiently agree to act together. To make agreements that deliver results, power-structures need to work hard to increase their legitimacy. Legitimacy gets people behind them. Without it, the world will fail to tackle the big issues before it, and we’re all in trouble.

Legitimacy isn’t a formula, but you know it when you’ve got it, and you’d better be honest if you haven’t. Nowadays it is earned, not inherent or inherited. Ultimately – and this worries public figures a lot – it concerns how history remembers you. But today’s situation is too urgent to wait for history’s judgement – it concerns today, and soon.

Every society and culture has its own ways and solutions, and these must be pursued. But what matters also is the intermeshing of the world’s societies and cultures: we must develop enough global problem-solving capacity to face what is hitting us, worldwide. Each nation and people holds a piece of the jigsaw.

We’re in a global community-forming process. If we don’t want the superpower domination of the late 20th Century, in which decisions have been made for us and enforced by threat, bribery or regulation, the ‘international community’ really has to work. Regarding this, I am reminded of an apposite quotation.

NEXT: Peering into the Future
OR: return to the Article Archive index

This material may be downloaded, printed out in single copies for personal use and forwarded by e-mail or posted on websites unaltered and with proper attribution and a link to this site. All other uses require permission of the author, Palden Jenkins.
The Archive of Palden Jenkins
| Books | Radio | Articles | Websites | More |
www.palden.co.uk
Privacy note: I'm not interested in your private data. This site collects stats of general traffic only. There's no capturing, mining, storing, sharing or selling data here. I don't keep a mailing list either. I'm happy you're here. Any issues, please contact me. Enjoy your visit!
Back to content